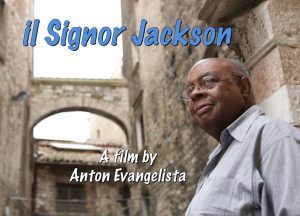 Award-winning filmmaker Anton Evangelista travels from the Bronx to Perugia, Italy, in presenting “il Signor Jackson” a unique American story of Edward Jackson, raised in a predominantly Italian-American neighborhood in the Bronx of the 1950’s, to becoming an educator in the NY City Public School System and prominent cultural figure of Italian biculturalism and bilingualism.

“This is an inspiring story of how the beauty of both the Italian language and Italian American culture can enrich the lives of non-Italians who choose to embrace them as their own.”