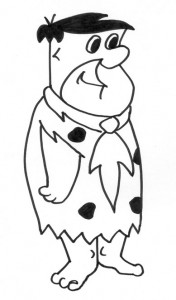 When I was ten years old, I was watching my father read his Italian newspaper.  Something about the way he looked in that moment, the expression on his face, the movement of his eyes reading, prompted me to pick up a pencil and draw his likeness to paper.  It didn’t take me long to realize, it was a pretty good.  I showed it to my father and needless to say, he was thrilled, recognizing that I took after him with my own talent.  Not only was I good at capturing people’s likenesses, but I soon discovered that I could also draw from memory too.  One day in school, as I sat bored in my history class, I began drawing my favorite cartoon character “Fred Flintstone” in my notebook.  My friends, who were also half-asleep, were tickled by what I had done.  Soon, I began drawing the rest of the Flintstone clan, as well as anyone else who would sit and patiently pose for me.  It all felt very natural, and gratifying to watch people’s reaction to my talent. I also loved watching movies.  I remember there were things I was picking up on, that most other ten-year olds weren’t paying too much attention to.  For example, if a scene was playing out on TV where actors are speaking to one another in close-ups, I thought why, or how, aren’t we seeing the camera in any of the shots?  Shouldn’t we see the camera over the actor’s shoulder during the scene?  I thought, wow, they’re really clever and fast in moving around, making sure not to see the cameraman or lights in the shot? Then there were the films that I really liked, that I wanted to watch over and over.  In those days, there were no DVR’s, but I convinced my parents to buy me a tape recorder where I could point my hand-held microphone toward the speaker of our TV, recording and sometimes even narrating what I was watching. Later, my brother Nino bought a Super 8 camera and projector. I filmed all family events, then began making my own short films with my friends.  I realize now the idea of drawing and movies was already laid out for me during those tender years. 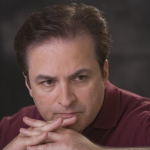 Anton Evangelista is an award-winning filmmaker who nurtured his multi-talented artistic abilities for both the film and advertising industries.

Born in Matera, Italy, his family moved to New York when he was four-years old.  His raw talent would flourish into a multi-creative expression that would eventually include the two worlds he loved most: art and entertainment.  He was accepted into the noted High School of Art and Design, a vocational art school in New York City, where other graduates Tony Bennett, Calvin Klein and fashion designer Marc Jacobs began their careers.  During this time, he embarked on another creative channel — acting. He began taking acting classes after school and began landing small parts in movies, including playing a member of “The Wanderers” in the hit cult classic film. 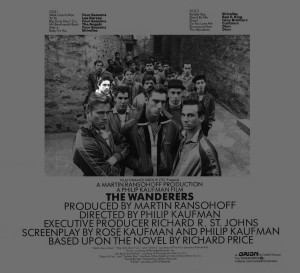 After graduation, he continued refining his strong drawing skills, while also pursuing his acting career.  He found a niche for himself freelancing as a storyboard artist for many major advertising agencies and commercial directors, while also continuing to land featured parts in movies, such as “The Cotton Club,” “Prizzi’s Honor,” TV’s “Law and Order,” in the soap operas as “Search for Tomorrow,” “As the World Turns” and an FBI agent in Ron Howard’s “Ransom” with Mel Gibson.  His fluency in Italian lead to many opportunities, including voiceover narration for many commercials and working behind the camera translating for Martin Scorsese’s and production designer Dante Ferretti on “The Age of Innocence”.

With all his wealth of creative experiences, Anton came full circle by combining his talents and abilities into one channel.  In 1995, he produced and directed his first short film “Beyond Reason” based on his friend James Morricone’s real life account of a mysterious stranger’s timely appearance in a life changing moment.  The film was described by one film critic as “Highway to Heaven meets the Twilight Zone.” It went on to play at many international film festivals.  This lead to other directing assignments, including directing several national commercials for “Fleischmann’s Yeast.” 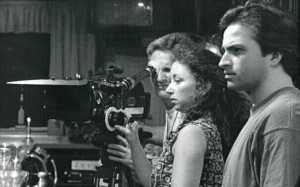 But the idea of further developing  “Beyond Reason” into a feature length film always took center stage, refining the script he had written from James’ original story.  In 2002, they put wind in their sails and production began on “Intervention” the film Anton would not only direct, but act in as well.  This period 1968 character-driven love story went on to win seven awards on the film festival circuit, including Best Film and Best Drama from the Philadelphia Film and Video Festival. 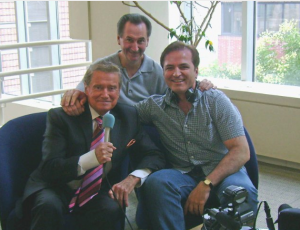 With Regis Philbin, and Producer John Galasso during shooting of "Just Laugh!"

Anton went on to write, produce and direct other projects, including a documentary on the healing effects of laughter entitled “Just Laugh!” featuring Regis Philbin, Doris Roberts, pastor Joel Osteen and comic legend Pat Cooper.  He founded his production company Comprehensive Films with the goal of developing and producing quality filmed stories that would inspire, transform and enrich lives in an entertaining way.